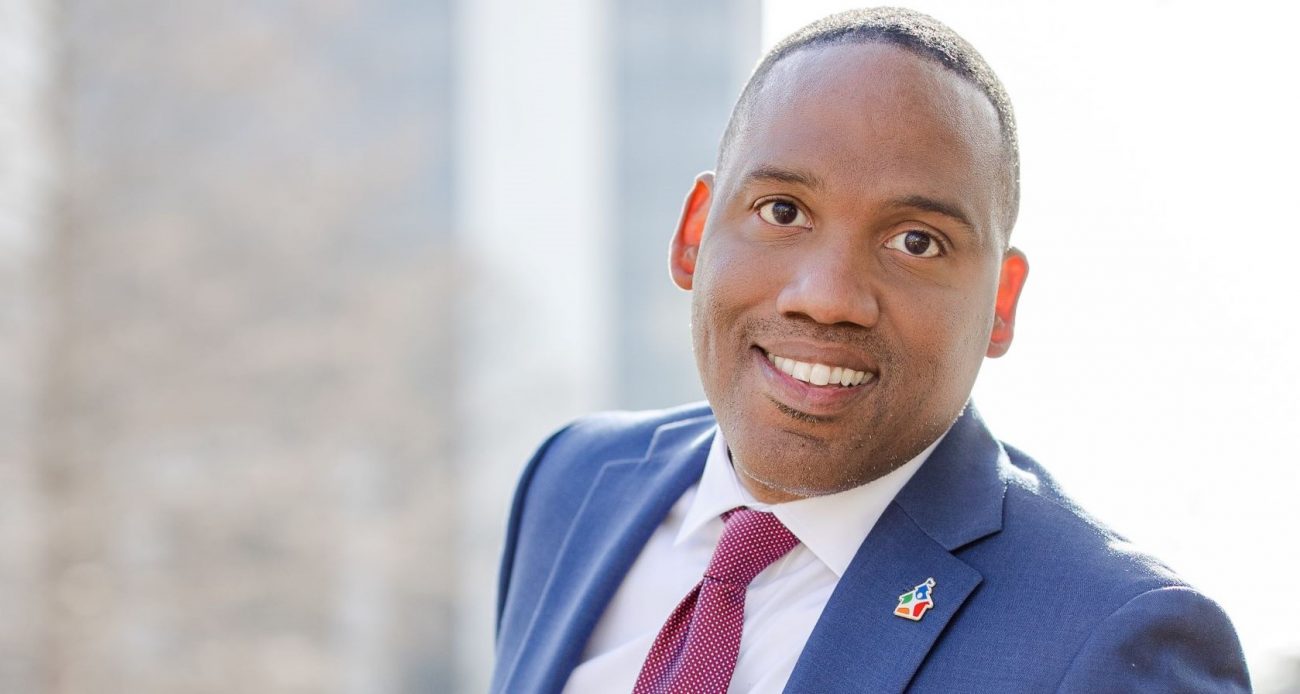 When students head back to the classroom, Men Tchaas Ari, CEO of Communities In Schools of Charlotte-Mecklenburg, will work to ensure the neediest get extra attention to succeed.

Growing up in a small Connecticut town, Men Tchaas Ari was the kind of kid who got up two hours early so he could be among the first to enter his school.

Hopefully, many students will have the same attitude once the pandemic breaks and Charlotte’s school hallways are again bustling with activity. But Ari, the new president and CEO of Communities In Schools of Charlotte-Mecklenburg, knows there’s no way to sugarcoat that many students will need special attention after months of falling behind academically.

That’s when Communities In Schools will step up and help students in 53 Charlotte-Mecklenburg Schools sites rebuild after an unprecedented crisis, says Ari, who joined the nonprofit in October. “We are seeing a trend where student engagement has dropped, so we are tweaking our entire strategy to make sure that this situation does not exaggerate the academic achievement gap.”

Adults can relate to the challenges of K-12 online learning. “I find five or six Zoom meetings a day to be fatiguing,” says Ari, 50. “It can be horrible. Kids are feeling the same way.”

CIS, which operates in 25 states and the District of Columbia, matches community mentors with students who need extra attention. The “secret sauce,” according to Ari, are the group’s in-school coordinators who work closely with teachers and administrators to match students with volunteers motivated to help them as lunch buddies, mentors, academic coaches and other roles. “CIS is intended to help Jimmy who is in the back of the class and isn’t as engaged as he needs to be.”

More than 6,300 students were directly involved in the local program in the 2018-19 school year. In normal times, CIS programs open new horizons for students with field trips and other events.

“Mentors help the students get all types of experiences and support to build on their education. I feel that is the solution to the social-mobility problem,” Ari says.

During this school year, CIS staffers and volunteers have worked with teachers to help keep students involved. Projects have included finding desks for students in homes without adequate furniture and helping set up computers to facilitate virtual learning. “Every staff member has been focused on student engagement and getting kids to log on.” 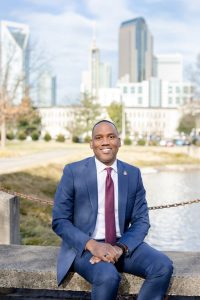 In Ari, the CIS board selected a veteran Charlottean with a devotion to helping low-income students overcome economic problems through education, says Natalie Alston, a Charlotte interior designer and board chair. He will oversee an annual budget of more than $7.5 million.

“We felt very lucky to find him, and we felt his passions lined up with our mission,” she says. “We’re super excited with what he has in store for us.”

Ari grew up in Bloomfield, Conn., then moved south to earn a bachelor’s degree in Spanish at Atlanta’s Morehouse College, a premier historically Black institution. He came to Charlotte in 1996 and has spent most of his career working for the Mecklenburg County Department of Social Services. His government work was intersected by nine years at Crisis Assistance Ministry, where his last post was as chief program officer. Ari, who has two adult children, returned to the county in 2014 and most recently led 700 people as the deputy director of adult and economic services.

He’s also dived into community affairs, graduating from Leadership Charlotte in 2013 and serving as its current board chair. The group allows people from diverse industries to get to know each other, all committed to improving the city, he says.

Since 2017, he’s been a board member of CIS, but there was no insider dealing in his hiring, says Alston, who co-chaired the search. “We had a very robust process, and we talked to some real rock stars. Men Tchaas (pronounced Men-Ch-Eye-Us) was chosen from an amazing pool of candidates.” His predecessor, Molly Shaw, led the organization for nine years.

Ari entered “at a very challenging time that we never could have predicted” but quickly has formed strong relationships with the staff of 120, she says. “He’s already been thinking big and [about] how to address the current challenges for kids who frankly have had real pauses in their education.”

The work of CIS has never been more essential, says Ari, who eventually hopes to raise money to expand CIS into another 30 CMS schools filled with mostly low-income students. “I think that every child in the community should have the education that they need to succeed.”

Learn more about Communities In Schools at cischarlotte.org.